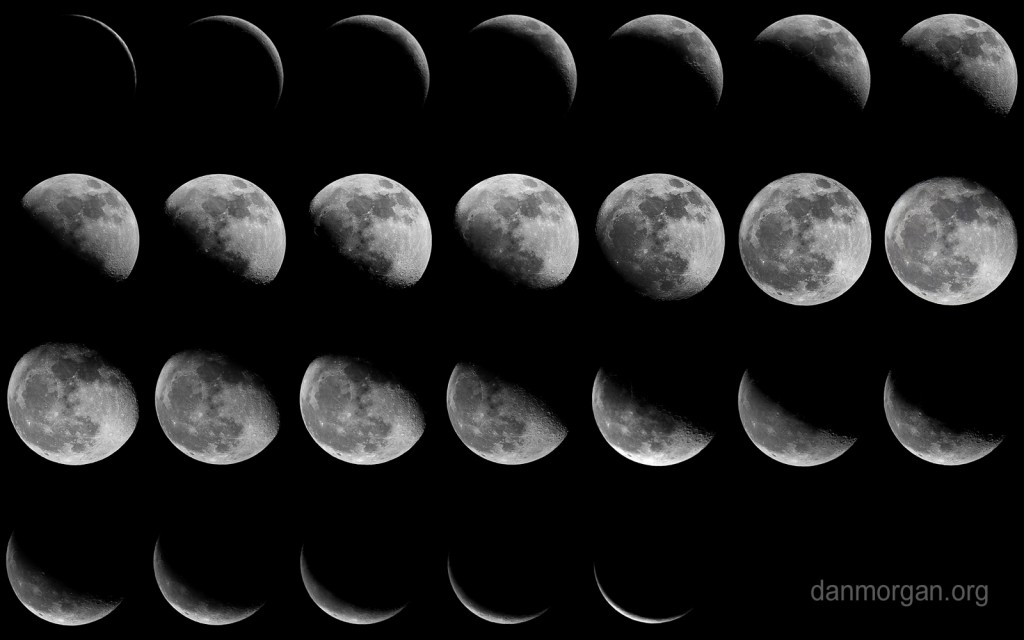 click the photo for a desktop wallpaper sized copy…

Back in February I was contacted by a guy living in the Dominican Republic who wanted to commission a series of 26 photos of discrete phases of the moon for use in an art installation he wanted to put into his new apartment.

I was delighted to be asked and although I explained to him that it could take many months to produce due to weather conditions he was fine with this saying he wouldn’t need the completed series until October.

So, I used several moon phase calculators (rodurago.net, timeanddate.com) as well as Google Sky Maps and  Star Walk to determine when and where the moon would be and set about trying to get as many images as possible.

We then hit the wettest spring/summer on record in the UK which meant that for many weeks in a row the moon would simply not be visible because of cloud cover. Despite this I would be regularly waking up at ungodly hours to try and get some photos, often without success. However I learnt the following things about the moon, some of which may be obvious, but some you don’t even really think about day to day.

Anyway – I’m now pretty good at guessing where the moon will be at any one time.

It finally took me 5 months to complete the job; I took many more photos than displayed above but along with poor weather, atmospheric conditions or even the angle of the moon on the horizon can have a massive effect on the quality of the photos you can get, so the choicest selection.