This is the first of several posts I intend to make about a fantastic roadtrip my wife an I went on in the West Coast of America during October.

It was a trip of a life time of 2000 miles and, despite the US government shutdown stopping us seeing many of the things we wanted to see, we nevertheless saw so many beautiful sights.

After flying into San Francisco, the first leg of our journey took us to the Napa Valley where we enjoyed wine tasting at several Wineries. 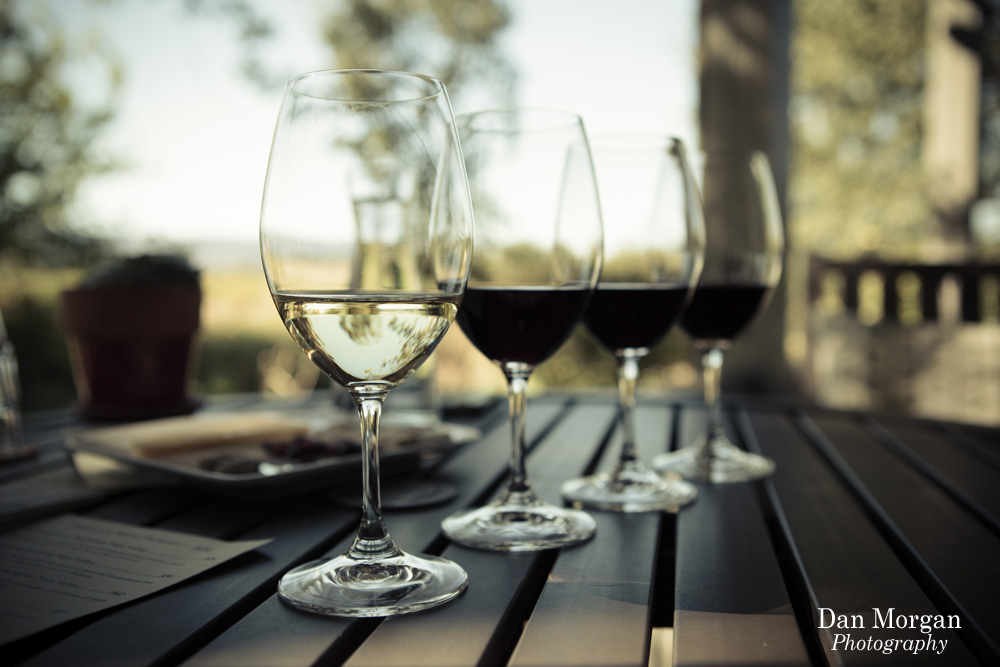 Our favourites places were probably the Frogs Leap and O’Neil Estate, but the wine at the Honig Estate was probably the tastiest. 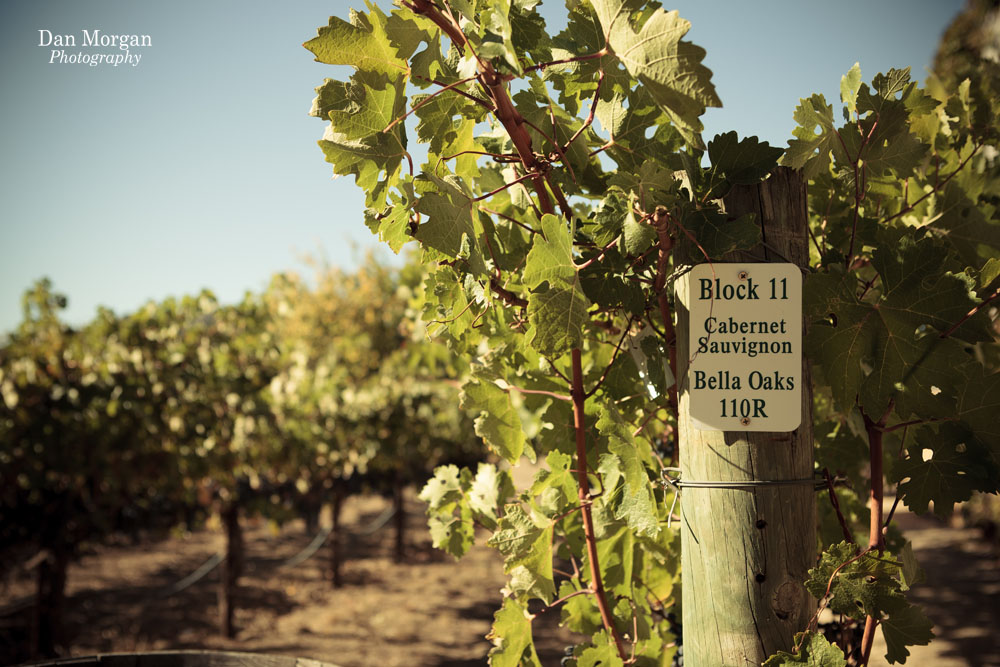 From Napa we travelled to our accommodation in Yosemite West, which is a private enclave in Yosemite National Park. Our lodging was still open but the park, of course, was shut. On the way we stopped in Oakdale for some brunch at H-B Saloon and also had a look at the cowboy museum. 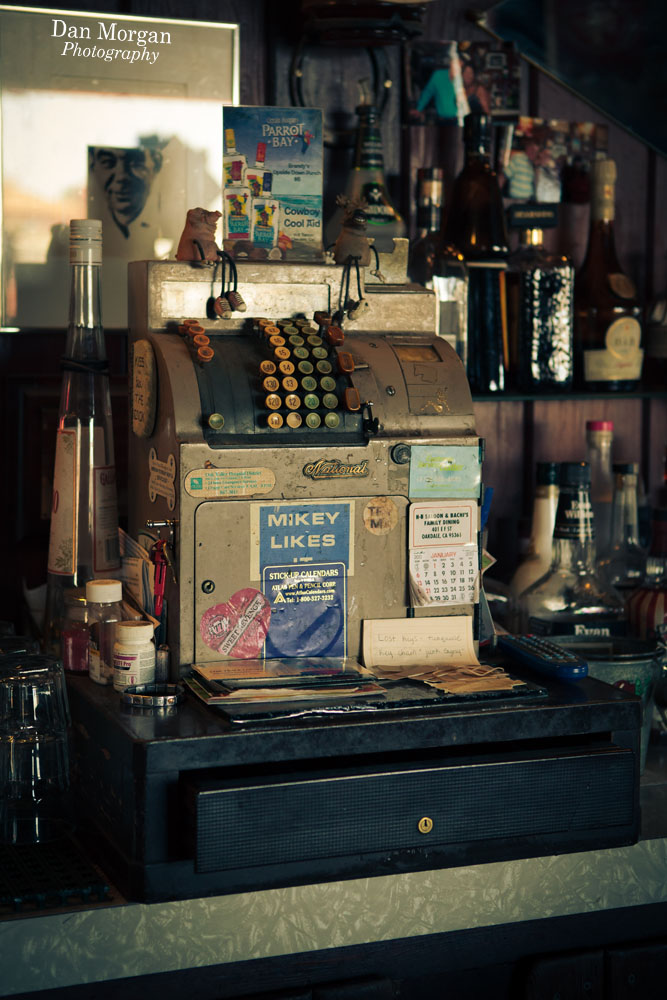 Laura loved the saddles in the museum, she took the following photo. 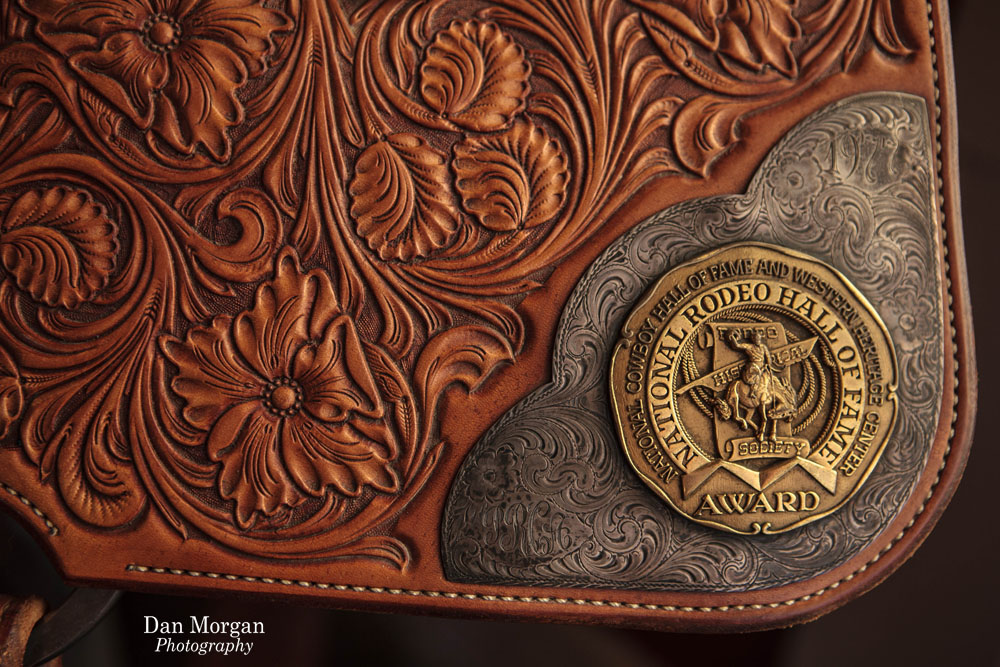 Heading on towards Yosemite, just before we entered the national park we came upon a layby with a great view over a lake. We thought it was amazing, but we soon realised it was small beer for Yosemite! 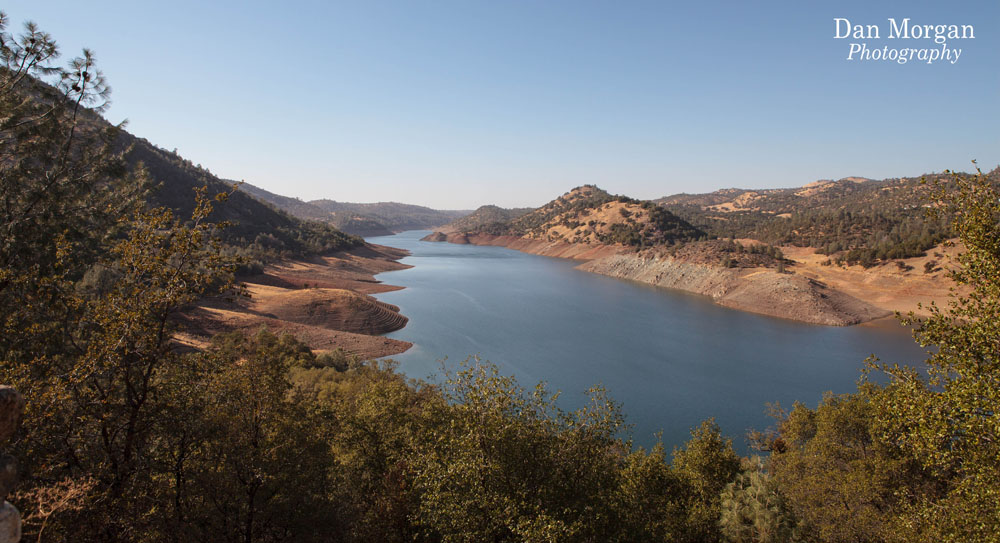 Although the national park was shut, the through-roads were still open. There was a skeleton crew of rangers and there was no stopping or hiking allowed in the park. However, we did manage to get some photos whilst playing dodge-the-ranger. We entered Yosemite valley just as the sun was setting and this is what we saw: 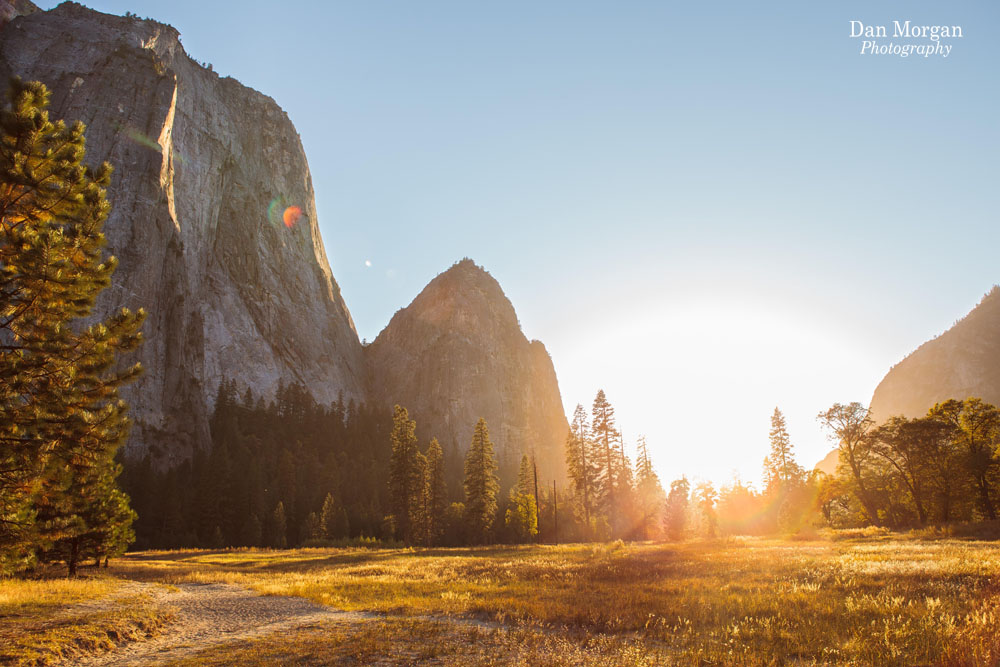 The above photo was a single exposure, which has had some post processing in lightroom. I produced a multiple exposure, HDR, image of the same scene which preserved some of the shadow details better but ultimately I preferred this one as it was more natural looking.

We spotted a STOP sign juxtaposed against the Cathedral rocks, which we thought was apt with the park being closed.. 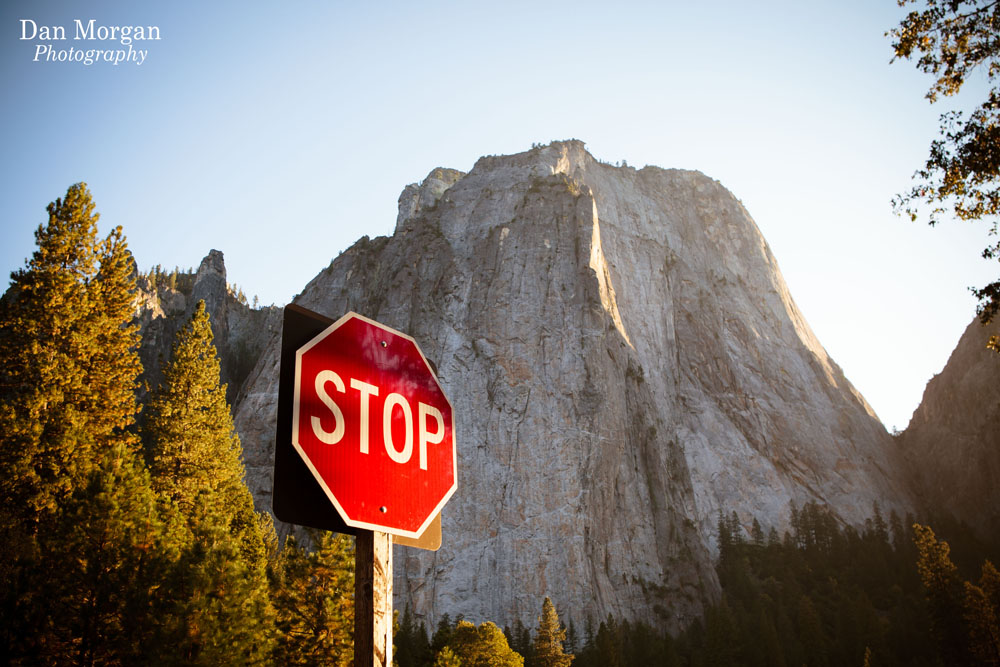 On the valley floor there was a small family of very tame deer which you could approach to within 10 meters. Here is one of the fawns. 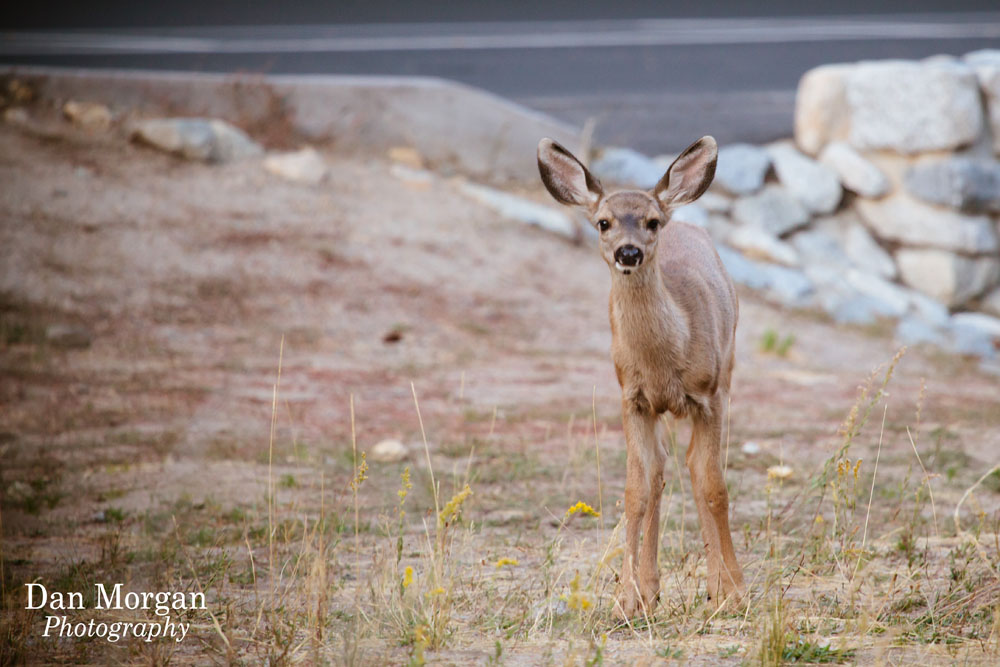 With the sun quickly setting we just managed to stop briefly at the Tunnel View which was just a couple of miles from our lodging. The light made it very tricky to take a balanced shot and in this case I did opt for combining several exposures to preserve the detail in the scene. 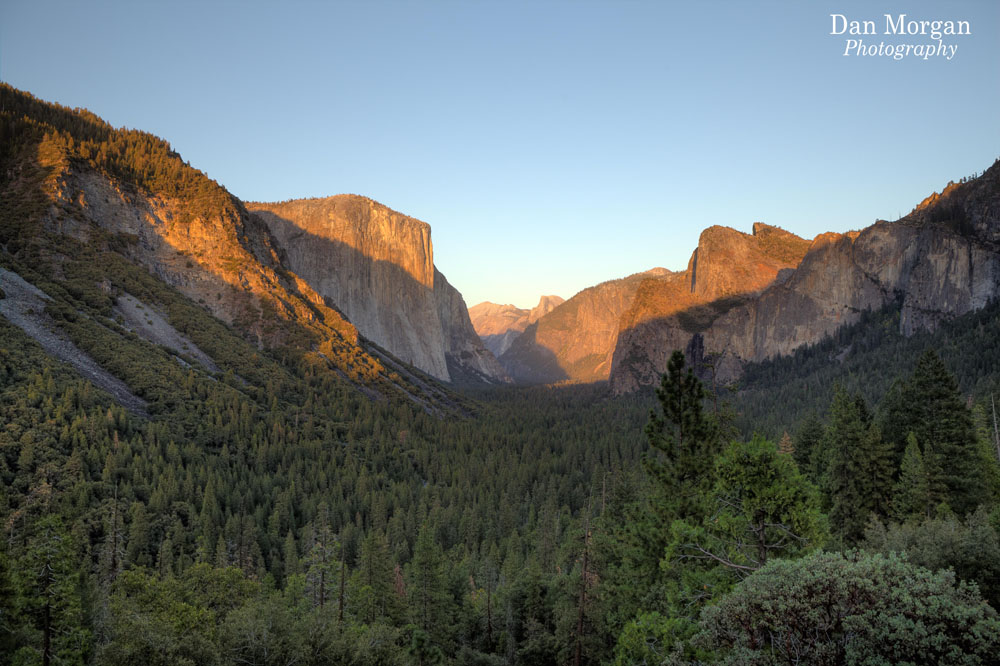 The next morning, with the park shut we decided to head out of the park to Nelder Grove, which is one of the forests which support Giant Redwood also known as Sequoias. We planned to stay at Sequoia National Forest later in the holiday, but with no end to the government shutdown and sight we thought this would be our best change to see any. 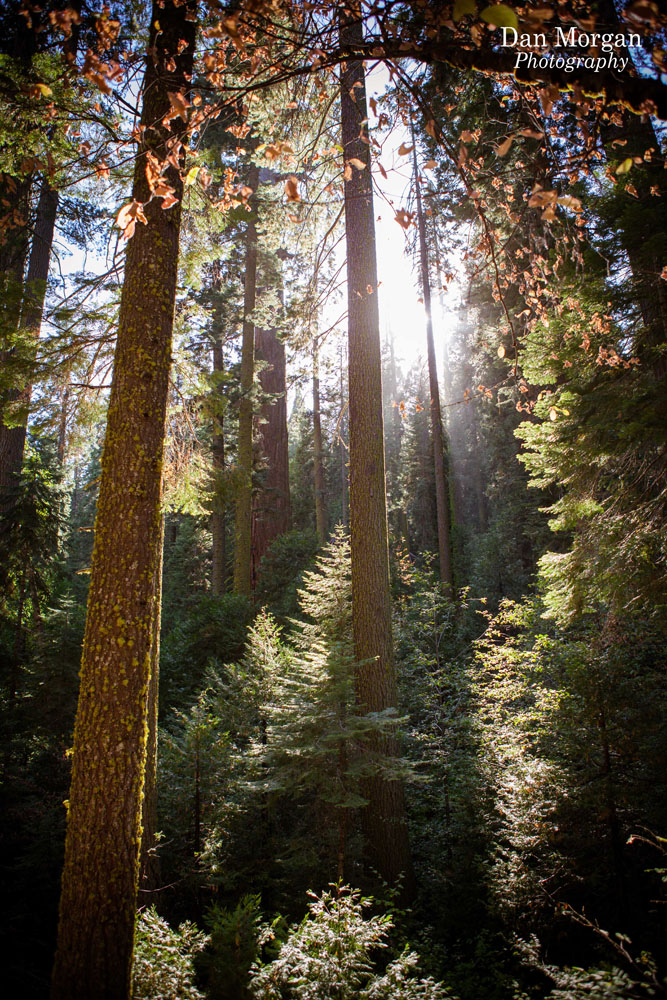 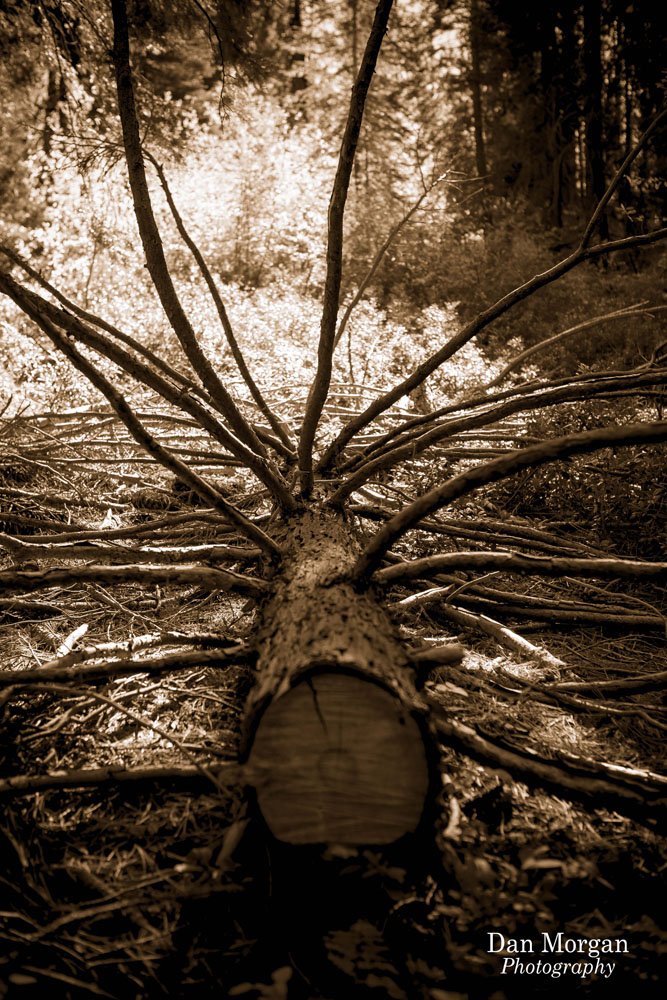 It was an amazing place and nothing could quite prepare you for seeing such huge trees in person. It is also incredibly hard to take a decent photo of them! 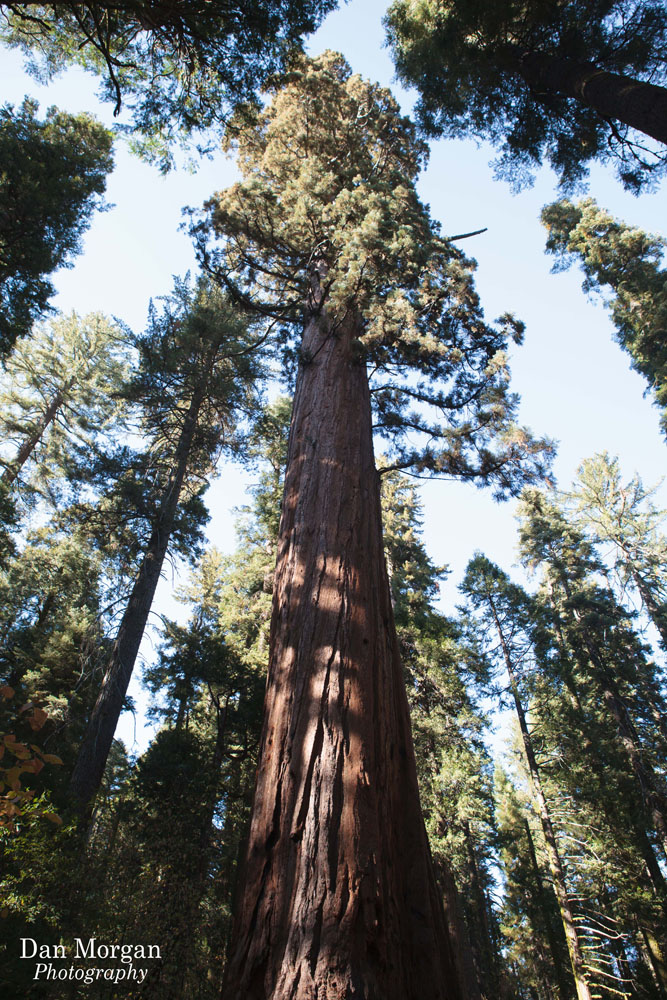 There were also these strange balls of moss all over the place which were very interesting up close. 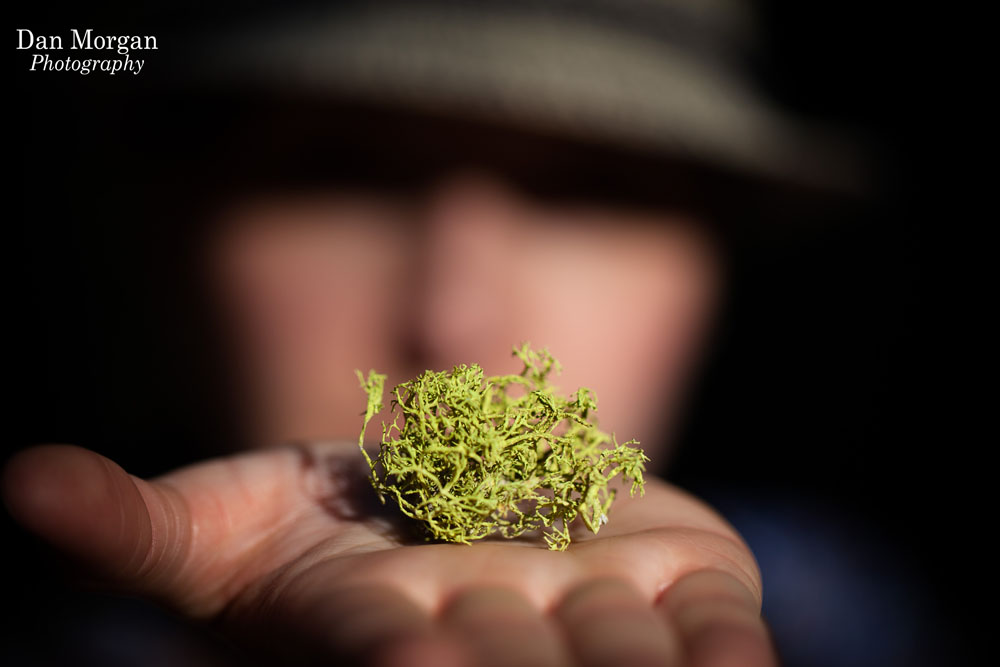 We returned to the Tunnel View at night and I tried taking a long exposure of almost an hour. It didn’t quite work out as hoped, partly because of cars driving by illuminating the front of the scene, but here it is anyway. 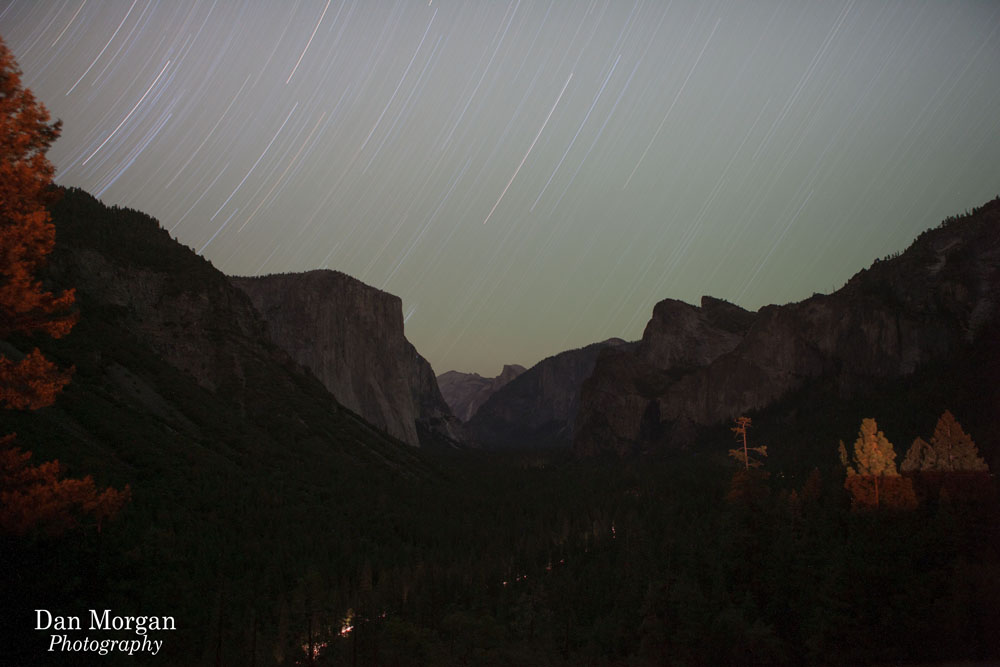 Ultimately the photo of the actual tunnel of ‘Tunnel View,’ turned out better! 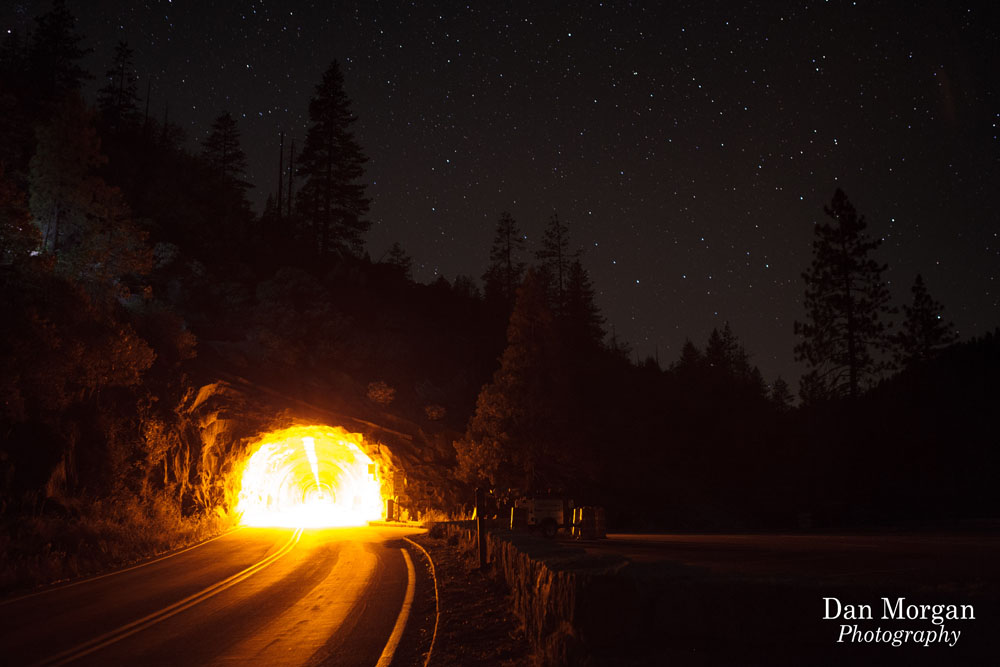 Whilst in the area we also visited Bass Lake and did a few hikes in Yosemite West, which were good fun but did not satiate our appetite for seeing the actual National Park – so we will have to go back.

On our way out of the park heading to our next destination we managed to stop briefly in the Valley again during daylight to get some photos of the iconic mountains of Yosemite. 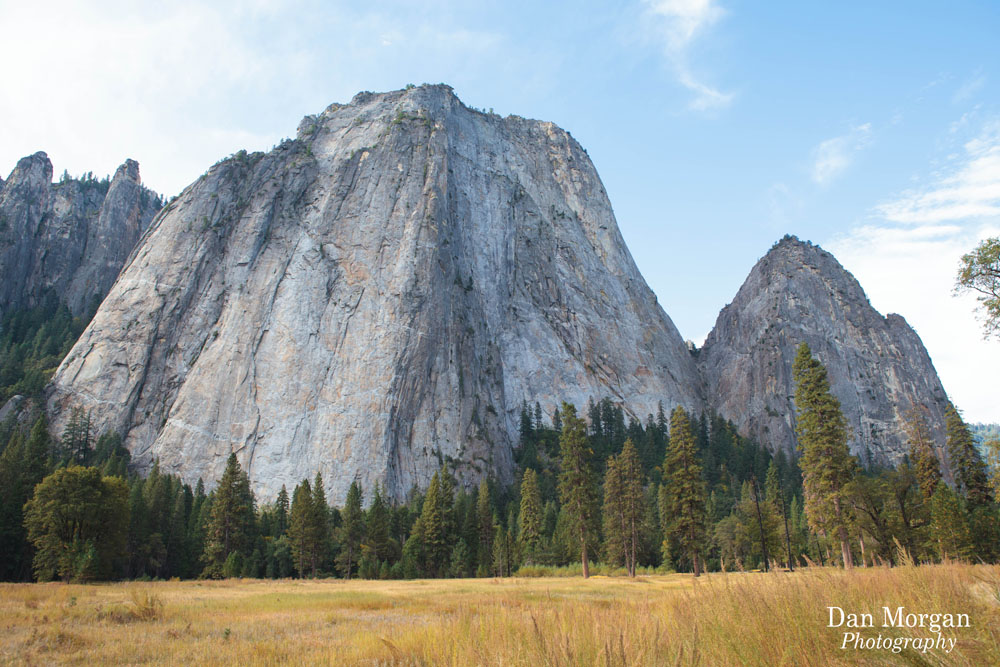 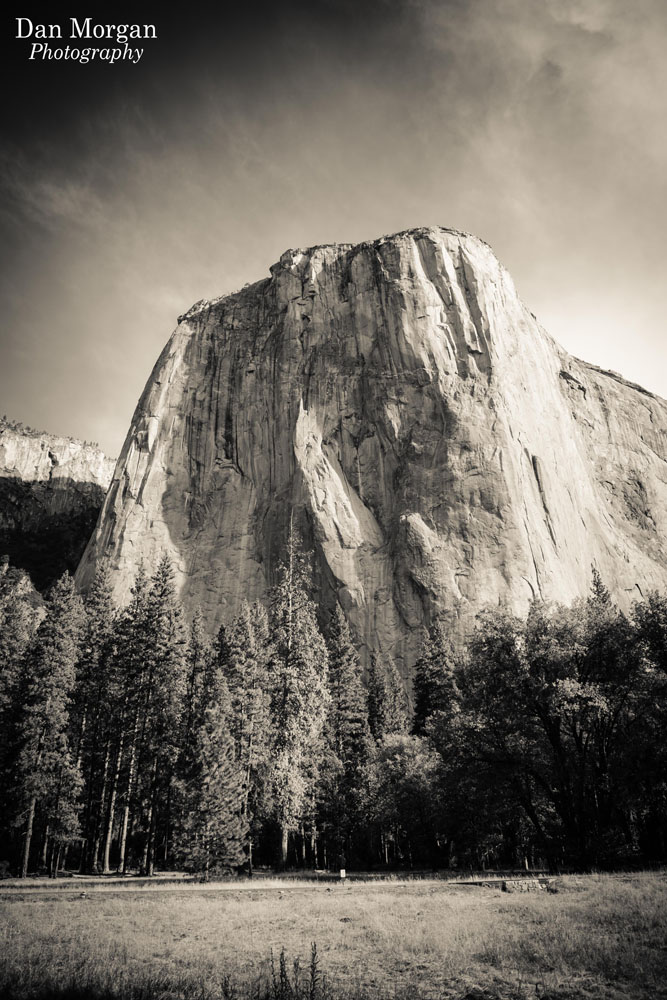 Another view of Cathedral Rocks from the meadow in the valley. 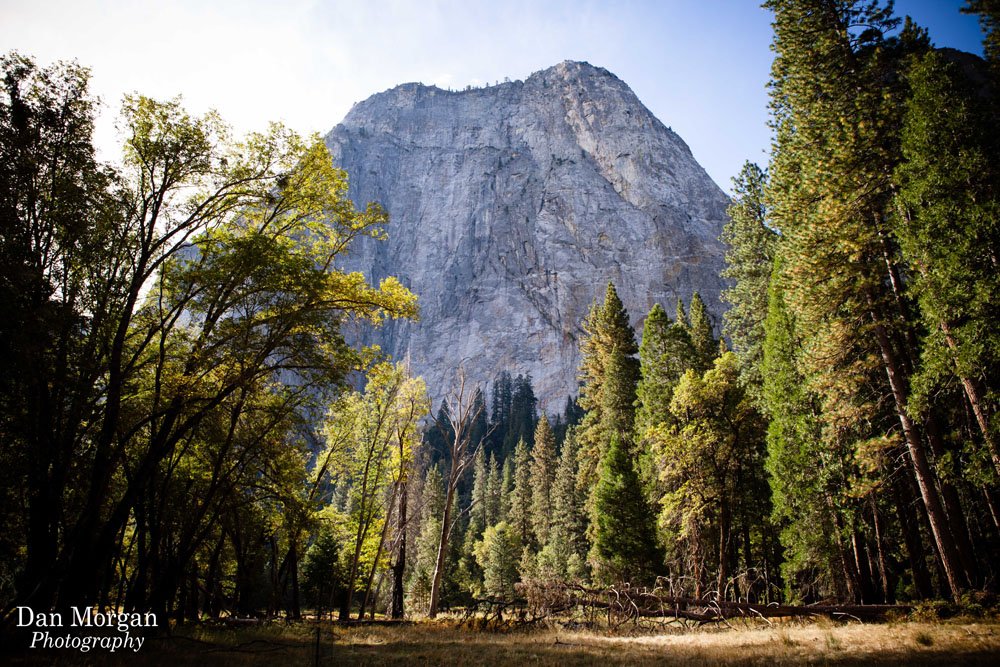 As we exited the national park we cheekily pulled into a layby for this fantastic view of the Merced river with the mountains in the background. This is my favourite photo from Yosemite. 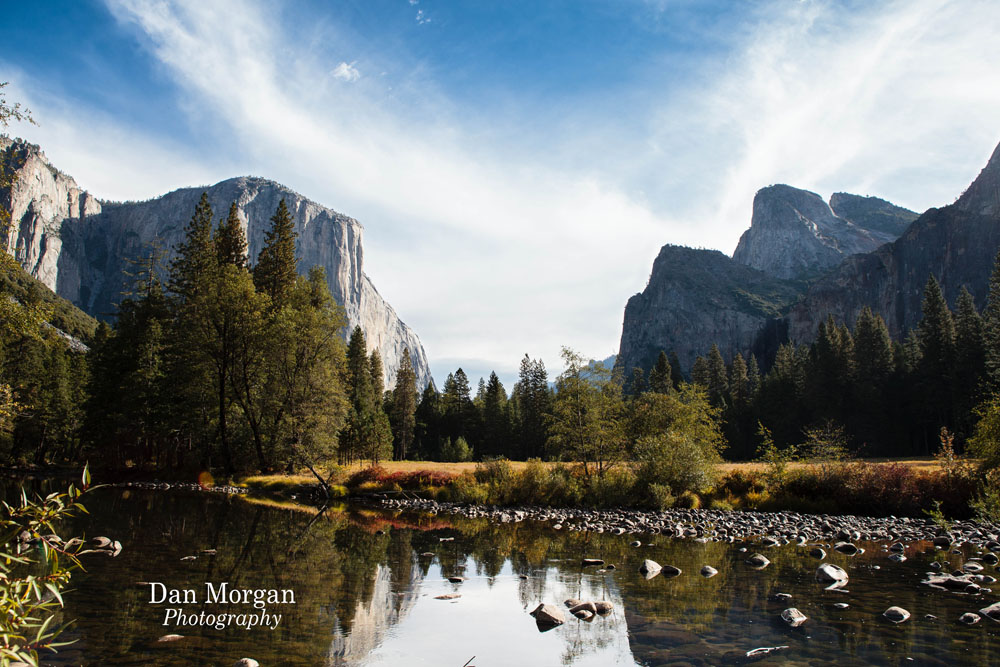 And once we had exited, we were able to just look back, from afar, at Half Dome rising out of the landscape. 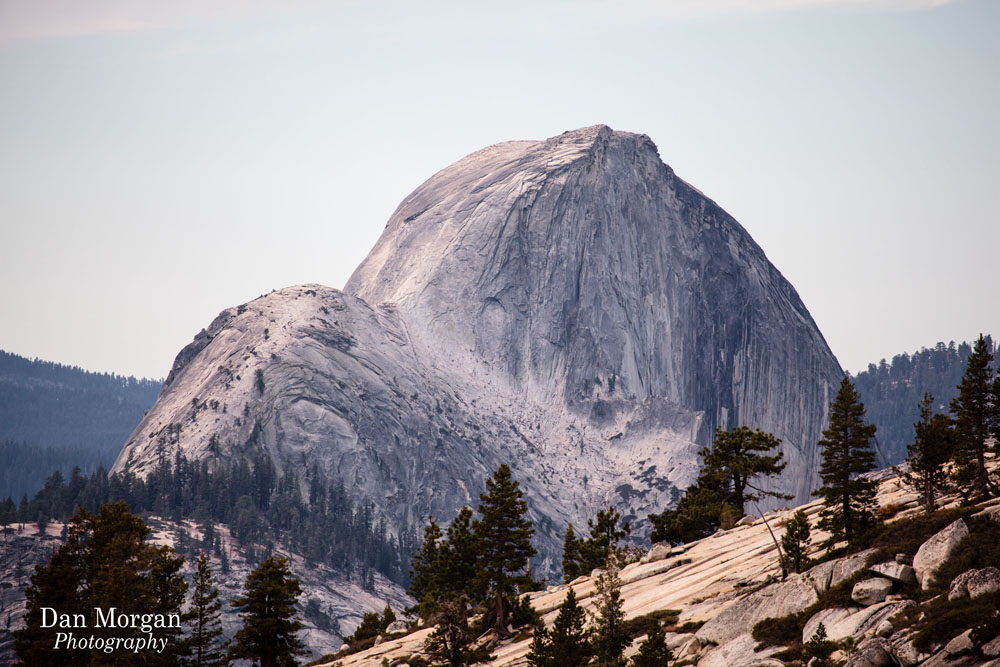 Our onwards trip took us by Mammoth mountains and through Mono Lake to Death Valley. They will be covered on the next post!